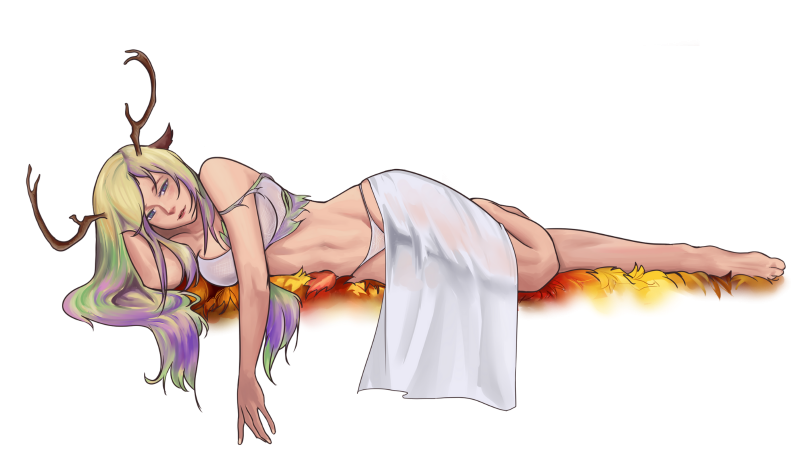 A/N – If you haven’t read it already, read the previous instalments in Annalise’ life here.

Since Annalise’ journey to the western region of Axix and her initiation as a full druid, the princess and her companion began to make more regular trips across the Kingdom. This way she could check in on the wild-lands to ensure its health, visit the people to establish relations and widen her knowledge of the lands she would one day inherit.

It was strange how the Druids nor her family had ever challenged the divide of her loyalties between nobility and the arcane knowledge the druids kept safe. She was grateful to have been loved and supported throughout her life by such a diverse kind of people, as well as the gift Silver had offered within their union. All in all, Annalise was aware she had been privileged both in birth and fortune and wished to give as much good to the world as had been given to her. On the whole, the young woman was successful. Her people respected her and the druids approved of her diligent work.

Over two years Annalise saw every region and visited every major city in their land. And having seen so much, the girl thirsted to know and see more. It was almost as if she was absorbing Silver’s innate curiosity through her view of the world. On her 17th Birthday, the princess asked the King for his blessing to travel outside of Axix altogether. By now the King had learned to respect both the ability and the will of his only daughter and did not deny her. He sent messages to the neighbouring land of Marthus to request they grant her safe passage and welcome her to their capital as a guest.

The warlord who ruled Marthus, Kree the Left-Handed, agreed readily. There had been peace between Axix and Marthus for two decades apart from the Skirmish of Belam and both sides appeared ready to accept that Belam had simply been… unfortunate. Kree was far too busy warring with his brother and the Kloan Empire to the North to want to aggress on Axix. Furthermore – and much to King Noctuna’s dismay – the older warrior was recently in need of a new wife. He had expressed how a marital consolidation of their alliance would be mutually beneficial many a time.

Annalise was aware of this but knew no fear of the ageing leader. He was stretched thin and fighting two battles with other factions. He would not risk a conflict with Axix by harming her. If anything, he would be a dog at her heels. Silver confirmed she would be happy to eat the heart of any human who harmed her friend, which the princess heartily appreciated.

Soon everything was made ready and the teenage noble set out with her customary trusted guards, horses and provisions. She left at dawn before it was even fully light, covering her fine clothes with a warm cloak and shielding her face with its hood. As usual, her departure was not to be made public knowledge for a few days extra to ensure her safely.

Despite being keen to see more, Annalise doubted any land could be as beautiful as her home in Axix. Rolling hills covered in fields of corn, vast forests that stretched as far as the eye could see, fresh rivers running from small mountains into lakes as still as mirrors. Annalise passed it all on her journey and she adored it with every beat of her heart. 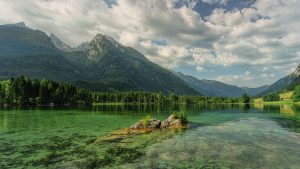 Given this journey was to be the furthest she had ever ventured, naturally it was also due to take the longest. One week into the journey blended into two and they were nearing the edge of Axixian land. They stopped to camp as was normal in the evenings and Annalise stretched out under the stars and counted the eternity they represented.

A noise alerted the guards to something nearby. One took a torch and cautiously explored outside the camp. Silver also woke from her half-slumber to peer into the darkness for any suspicious movement. Her cat eyes picked out several human forms skulking and Annalise warned the guard so he could find and shine his light on them as quickly as possible.

A small band of travellers with a cart full of items pulled by two horses looked up and blinked owlishly, as though they were surprised to have been discovered.

“We’re heading towards Kree’s land, Marthus.” The guard replied. Annalise stood and made her way over curiously, “Why are you travelling in the dark? It’s dangerous and bad for your horses to overwork them.”

The man didn’t reply. None of his group did for an uncomfortable minute while they looked at each other. Finally an equally dirty woman who looked like she could have been the man’s sister for their resemblance spoke: “Late for a delivery – embarrassing to admit really. But not trying to spook no one.”

Annalise had to admit, these were strange people. There were maybe six in all. She felt it best if they left. “What city are you trading with? Don’t let us hold you up. You best go.”

Her guard frowned and she wondered if he disliked her sending these people away. The people, on the other hand, looked relieved.

“Yes, m’lady.” The dirty man bowed and the woman curtseyed. “Very kind. We’ll bother you no more.” At his use of “lady” as a title, Annalise remembered that she wore nice clothes even when they weren’t jewel-covered and she had forgotten her cloak back where she slept by the fire. Similarly, her guards wore polished armour with the crest of the royal guard upon the shoulder protector.

No soon as the realisation had come, Annalise felt her feet leaving the ground and her breath forced up and out her mouth in a painful rush. Something sharp pressed at her neck and a sickening stench filled her nostrils. Muscled arms around her middle pinned her smaller arms to her sides. Sudden shouts and screams pierced the night.

Silver was sprinting. Jumping. Burying her teeth into the meaty neck of the man who held Annalise while raking her claws down his arms. Annalise felt hot wet ooze against her skin. Bloody wounds filled her vision – Silver’s vision – there was something pulsing. It was like when she saw Silver killing prey except this was larger and not dead. The sharpness against her throat only pressed harder and a yowl erupted from somewhere to her left as another human attacked with an object and sent the cat flying. Trying to scream hurt where the dagger was threatening her life but she cried out anyway: “Silver!”

One of the guards lay wounded in the grass and the other was putting up a valiant effort against four of the six travellers with their crude weapons of axe and club. It was a nightmare. The knife on her throat was replaced with a hand, squeezing and squeezing until she heard her pulse thrumming in her ears and her head was light and then went dark.

Cold, hard wood with splinters that pricked her skin eventually woke the princess. Something had crusted dry in her hair. A faint vision of a makeshift hut settlement flickered in her vision… Silver. The wild cat was somewhere near still.

When Annalise tried to stand, her skull crashed into something almost immediately, making her head pound. Water. How long had it been? She reached out her hands to carefully trace over the floor and then the walls. All of it was unsanded wood: A small box. Claustrophobia overwhelmed the druid and she could only hear her own panicked gasps for air. Her cheeks were wet with tears and a whimper barely escaped her lips in between breaths.

The second time Annalise woke up, she did her best to stay calm. She pressed against the wooden slats that caged her with raw palms, then kicked with stiff legs and shouted with dry throat. There was no reply. It appeared there were no allies nor enemies to help nor hinder her. Being so alone made it feel even more stifling. If it was just herself in the darkness with not even enough room to uncurl from her fetal ball, was it possible she was left to die like this?

It felt like something was crawling up her throat. It made it hard to breathe. She sucked down more air to compensate and felt the restriction in her ribcage.

Small gaps between the planks of wood that formed her prison were a torturous tease. She poked her fingers through the small gap and wished with all her being she could squeeze her whole self through. Perhaps if she were a little rat she could gnaw on the wood and scramble to freedom. To be free was a necessity; in the grass running or in the sky stretching. Her mind was a dreamlike haze – perhaps she was passing out again – imagining growing smaller and smaller, wriggling more and more of her fingers passed the gap. Then her arm and her nose with little ratty whiskers. Her furry white head with soft pink ears. Soft flexible body.

Outside the box, the world was a land for giants. Crates just like the one that caged her stood as tall as buildings in a dusky room. Annalise scampered across the vast space, kicking up a trail of grey particles in her wake until she arrived at the door. Wooden also, there was space for her small body to slip under. The moon was the biggest she had ever seen it, the grass as tall as small trees.

A sound caught her attention, prey instincts overriding her confusion to impell her to scurry away and hide near a wall. Hadn’t she hated closed spaces before? Now the comfort of small things seemed desirable. No matter! A predator! A huge lion with hungry eyes and a mouth that would lead straight to the afterlife. She froze, small heart beating far faster than any humans’ should.

It was Silver! Why was silver so large? Why was anything? How could she talk to Silver without risking herself as a meal.

“Silver,” She cried – only in her mind this time, “What’s happening to me! I want to go home.”

“Annalise?” Came back Silver’s telepathic voice, smooth as silk. A river surely carving its way to the sea, “Where are you?”

“You, a small delicious rat? As much of a treat as you might taste, I would not eat you.” At that moment Silver’s piercing gaze locked onto Annalise’s trembling furry body as it hugged the wall. “You have performed a wild-shape. A difficult feat. You are to be commended.”

“Some leagues from where they captured you. I trailed them all the way here and watched and waited for you to wake up. Currently the brutes are eating over that way.” She nodded her head to where one of the huts glowed with orange light. “I hope the one I savaged dies of an infection.”

Annalise could hardly disagree. “What of the guards? What about you?”

“Just a bruise on me. The guards were not so lucky. One wounded, the other dead. We should make our way back to them now and then return home. It is not worth continuing to Marthus. You may ride me until you feel you are able to turn back into your human form.”
So the small black and white rat gently climbed onto the back of the fire-red cat when Silver crouched down on her haunches. She wrapped her little paws into the long fur of her companion and clung on as Silver began to run the several Leagues back to the camp where the attack had been sprung.